Erlijn has an excellent view of social innovations in generic and financial inclusion in specific. She is seasoned in connecting inclusive solutions and social innovators, with NGO and for-profit players. As a connector she engaged the right partners, and offers guidance to kick-start and strengthen entrepreneurial cross-sector collaborations, as to catalyze impact.

Some examples of Erlijn as connector:

Credits for Communities is a global movement, aiming to facilitate and grow access to funds and knowledge for group-owned or community-led social and/or environmental solutions that increase the well-being of the larger communities. Incubating agency of impoverished people and communities through entrepreneurship.

At the second MenEngage Global Symposium in November 2014, connecting all Program partners and others in four MenCare+ “Kitchen Table Talks” about engaging men in gender justice issues, including sexual and reproductive health and rights;

Some events organised, for BWTP Network members (>50 Asian MFI’s), including:

– Getting the Framework Right Workshop development 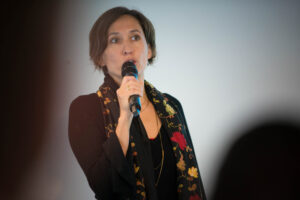 Based
Utrecht, The Netherlands